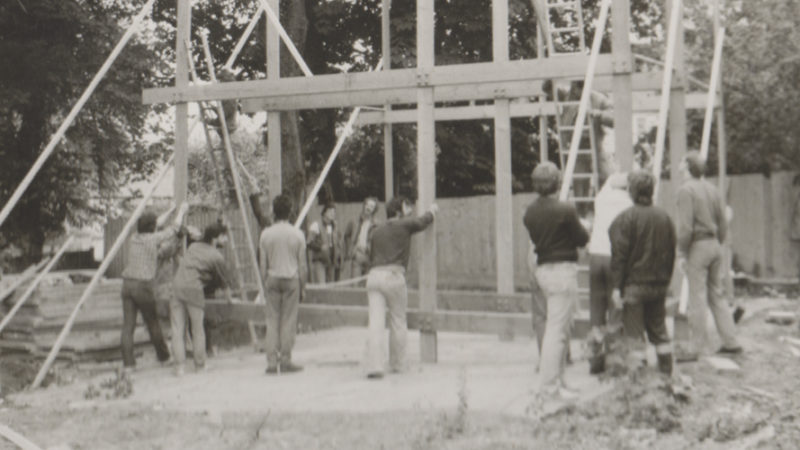 Learn about the history of RUSS and Walters Way at the first of RUSS’ new-look members’ meetings for 2019.

Open to existing and prospective members, hear about architect Walter Segal and the unique self-build housing projects that he built in Lewisham in the 1980s. Speakers on the evening will be:

Kareem Dayes grew up in Walters Way and went on to set up RUSS. He has been the driving force behind RUSS’s current project in Church Grove, which is due to start on site later this year.

“We want to hear about the issues and ideas that are important to local people so that we can make RUSS a truly community-led movement, as we seek to build sustainable neighbourhoods and genuinely affordable homes in Lewisham and beyond,”

The Rural Urban Synthesis Society (RUSS) is a CLT with the aim of creating sustainable community-led neighbourhoods with affordable housing. The ambitious Church Grove scheme of 33 homes offers self-build opportunities for local people.

Read more about the project here