The process from community campaign into community developer shows what residents can achieve. A flexible organisational structure has allowed accountability to members and successful self-managed social housing delivery.

How they formed
Coin Street Community Builders (CSCB) grew out of campaigns against commercial development in the area in the late 70s, which had led to the loss of residents and closure of schools, shops, and open spaces. The remaining residents organised themselves to carry out a lengthy campaign for an alternative planning strategy based around affordable housing and open space. Only local people could be members of CSCB and select the board of directors. The board are mainly local residents, with others brought in for specialist skills.

Securing the site
The campaign worked with borough councils and the Greater London Council (GLC) to put in place planning policy for the area which limited the value of the land from £4m to £1m. Before its abolition the GLC acquired the land from the developers and local authorities and sold it on to Coin Street Community Builders (CSCB), a non-profit company set up to purchase the land and take the development forward.

Funding and Finance
The GLC had funded the initiative to undertake feasibility studies and development work, which was eventually turned into a loan and repaid once the land was purchased. CSCB borrowed money to finance the £1m site purchase including from the GLC and the Greater London Enterprise Board, as well as private lenders. They used Housing Corporation grants towards the costs of developing the social housing. They have also raised funding from commercial endeavours, such as the refurbishment of the Oxo Tower, to invest money back into the area. In the initial phases the group raised revenue through temporary uses to start to pay back their loans and create surpluses for their development schemes.

Design and Construction
The Coin Street Secondary Housing Cooperative, a Registered Provider of social housing, developed family accommodation for around 1,000 people. The developments are leased to four independent fully mutual housing co-ops, where only residents are members. The Mulberry Housing Co-op was the first housing scheme to be completed in 1998. In the same year a temporary market at Gabriel’s Wharf opened up a public space along the riverside and brought small businesses to the neighbourhood. Iroko Housing Co-op was opened in 2002 designed by Haworth Tompkins Architects to very high standards and energy saving elements made possible through CSCB’s economic independence. The neighbourhood centre offering a mix of local facilities and services, childcare and income generating conference spaces was opened in 2007.

Living there
The co-operatives foster a collective commitment to the homes. The management is the responsibility of the co-operatives, who can respond quickly to the needs of people living there. New tenants are not expected to have previous knowledge of housing management but can take part in decision making for their communities and help manage the properties. New tenants are required to complete training which gives them a sense of responsibility and the skills required for this stewardship role. 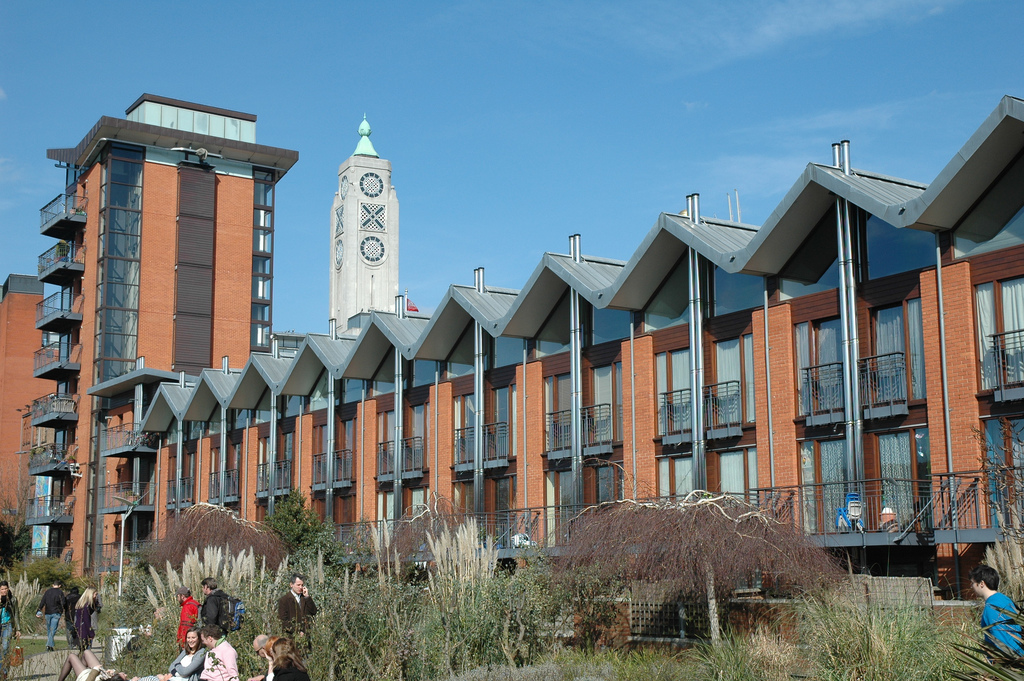