Our new Hub Co-ordinator, Laura had the chance to talk with Lorraine Podiephatshwa, a member of Heads2Gether to hear about their plans to build affordable homes for single parents in South London. Lorraine tells us what the inspiration was for the group and how they have worked together to achieve it.

Lorraine moved to Croydon in 2006. A hard-working single mother, she has since moved from place to place, experiencing a succession of private and council landlords along the way.

“At one point, I was technically homeless,” she tells me. “I was living in emergency accommodation and I was so frustrated by the living conditions.”

That led her to look for alternative housing options online – and that was where she discovered community led housing.

“As soon as I found it, it caught my attention. The stories were of ordinary people – with no experience, no skills and no money – setting up groups, gaining funding and building homes for themselves.”

Driven by the idea of having a place to call her own and living with like-minded people, Lorraine decided to start her own housing cooperative: Heads2Gether.

Heads2Gether gets a head start

Lorraine (pictured below, third from left) explains, “At first, we were a small group of single parents, living and working in Croydon. What brought us together was the idea of creating a safe community for our children, while living in affordable homes.” 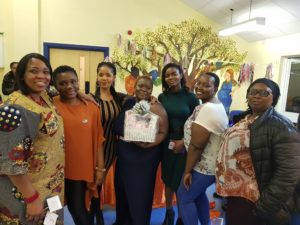 The group’s first step was to contact the National Community Land Trust Network (NCLTN) for advice.

“I remember the first thing I asked them was… ‘is this actually real?’ I thought the whole thing sounded too good to be true. They replied and said, ‘yes, of course it’s real!’”

With a new understanding of community led housing, Lorraine then contacted us at Community Led Housing London (CLH London).

“The first person I met was Gemma.” Lorraine says. Gemma is a Senior Project Adviser who has been working at CLH London since 2018. She advises groups across London on how to organise, as well as how to find a site and finance construction.

Gemma advised Lorraine to get the word out about her idea and find others in her community that wanted to join her.

Meanwhile, the CLH London team started to put together a workshop in order to help Heads2Gether… well, put their heads together.

“I reached out to other women who were living in temporary accommodation,” Lorraine explains. “Many of them, like me, didn’t believe community led housing was real at first! They were saying, ‘where are ordinary people like us going to get all the money we need to build?’”

“All I said was, ‘come along to this meeting and find out what’s possible.’”

The first time they attended a workshop, Heads2Gether made a big impression.

Lorraine remembers that session fondly: “The CLH London team were very honest with us and told us everything we needed to know. They took us through all the challenges and complexities and were very open about it taking some time – not least because we would have to educate ourselves along the way.

“Sadly,” Lorraine continues, “some of the people at that first meeting thought it was too much for them and dropped out.”

Luckily for the group, Lorraine herself wasn’t put off by this initial setback. In fact, she tells me she became more motivated than ever and continued to educate herself by reading about community led housing online.

Six months later, when we reached out to Lorraine again, she was much more clued-up than before.

The first viewing – and the first challenge

And why were we reaching out? To tell Lorraine that Croydon Council were setting up meetings with community led housing groups to learn more about their projects – and to take them to see potential sites.

“At this meeting, the inspiration and motivation really started to set in,” she tells me.

Soon after, she and other members of Heads2Gether were invited to view several sites. “This was the first time we’d been invited to view sites, and people were starting to feel like the project finally had credibility. They were saying, ‘oh, this is real, this is happening!’”

Finding a site is one of the greatest challenges a community will face. For Heads2Gether, it was important to find land that was spacious enough, with good access to amenities such as schools.

Heads2Gether’s first bid – on a site in Upper Norwood – was unsuccessful, and the land instead went to another team who had also been working with CLH London, Crystal Palace Community Land Trust (CPCLT).

“But we didn’t let it stop us,” says Lorraine. “We decided to take it as a learning experience.”

This Lorraine most certainly did – she tells me she went to shadow meetings at CPCLT, to pick up ideas and inspiration and to learn all the things they did right!

Finding a place to call home

Despite the early setback, Lorraine is still confident Heads2Gether will find their perfect site.

I asked her, what’s her secret to staying motivated and keeping the momentum going?

“My motivation is my frustration,” she admits. “I have lived in rented accommodation ever since coming to London, and it’s not what I want for my future.” 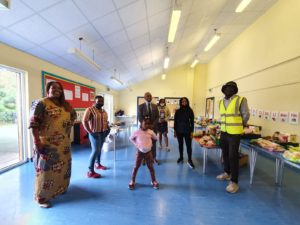 “Many members of Heads2Gether also live in rented accommodation. They find it almost impossible to afford,” she says.

“I want to be in control of my own home. I want to be able to decide where I live, and I want to have a community around me to offer mutual support,” she says. “I don’t want to keep living in rented accommodation.”

This, Lorraine says, is why she believes in community led housing. It offers a truly affordable route out of the rental cycle.

When it comes to finding funding for the project, Lorraine says the support and expertise available through Community Led Housing London has been invaluable.

“Up to now, we haven’t spent any of our own money,” Lorraine explains.

“And when we were writing our proposal for the Croydon site, CLH London connected us with architects and helped us with the financial model.”

For Lorraine, for whom rent is already a huge expense, this is one of the greatest benefits of working with CLH London.

“If CLH London wasn’t there, I don’t think we’d be where we are now,” Lorraine tells me.

“From choosing a site, to applying for funding, they’ve helped us and offered all sorts of training. CLH London has always been there to support us.”

I ask Lorraine, what has been the greatest benefit of having CLH London there to guide her on this journey?

“The greatest benefit,” she replies, “is that now we, as a community, feel we can dive into any challenge – we don’t need to be afraid that we won’t know how to do something, because we can always rely on CLH London to guide and support us.”

But, she says, the rewards make the hard work worthwhile. Lorraine has found a great sense of fulfilment from her journey – developing new skills, meeting new people and finding a route to housing that gives her great satisfaction.

“I’m loving it. It’s my opportunity to give back to my community. This is my legacy.”

“I believe once we get our site and start building, this will all have been worth it. Until then, we will keep doing one thing at a time.”