Fountain Self Build Group was established in 2015, by group of Waltham Forest residents who are in overcrowded households. Their aim is to create a sustainable community of social and genuinely affordable rented homes, meeting the needs of the self-build group and the wider community.

Inspired by the Headway Self Build project, the group are looking to partner with a housing association who could forward-fund the scheme and build homes to a watertight shell. Members would then self-finish the scheme with last-fix carpentry and decorating, and have approached a local college to collaborate with on the training. 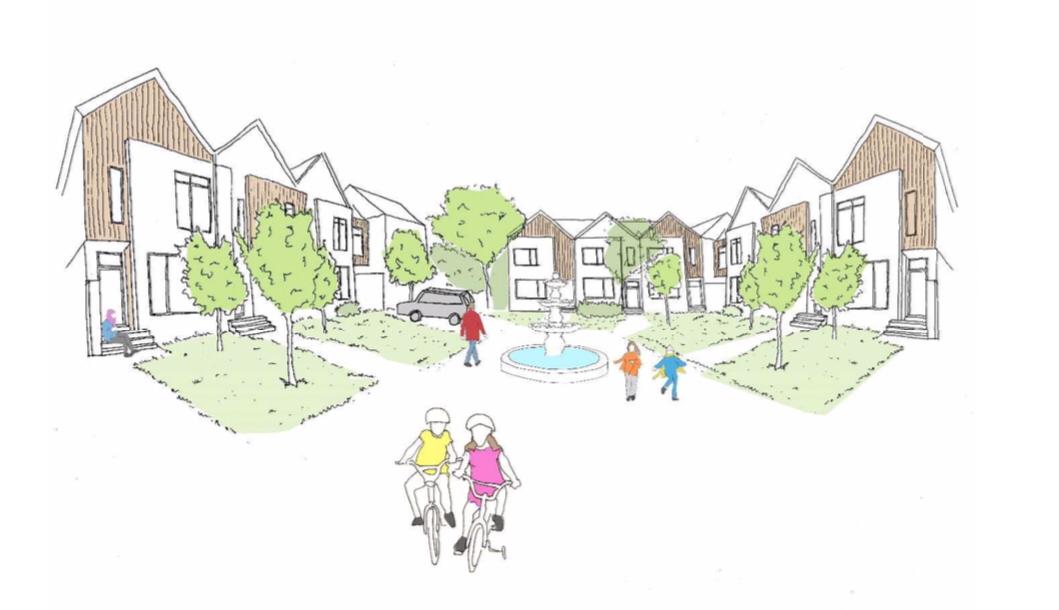 The Headway Self Build Collective are Clarion Housing Association residents who came together to build their own homes on a disused garage site. A contractor built the structural shell and residents finished with joinery, fixtures and fittings.

How they formed
In 2006, founding member John Struthers spoke with residents on neighbouring housing estates, put an ad in the local newspaper and leafleted homes to see who might be interested in a self build scheme. A group of twenty people came forward, many of whom were in overcrowded council flats and assessed by Waltham Forest Council to be in housing need but were unlikely to be eligible for re-housing in the foreseeable future. With the help of the Community Self-Build Agency (CSBA), they persuaded Circle 33 Housing Trust (now Clarion Housing Association) and the local authority to support a self-build scheme.

Site
The disused garage site was owned by Circle 33 and surrounded by the back gardens of neighbouring houses. The housing association had sought planning permission for affordable housing on three occasions which were all unsuccessful for reasons that included over development, loss of off-street parking and inadequate vehicular access. Because of this, they were prepared to take a different approach.

Finance
The group did not want wish to take on the financing and development risk of the project and remain Circle 33 residents. The site and homes remain in ownership of the housing association and residents pay social rent. Circle 33 included the project in their first Affordable Homes Programme, which means the scheme is part funded by the Greater London Authority.

Design and Construction
The Community Self-Build Agency recommended a ‘shell and fit out’ development whereby a contractor builds the structural shell of the houses and the self-builders carry out second fix carpentry and carrying out decorations. The composition of the group required a mix of 2, 3 and 4 bedroom houses including an accessible home for a wheelchair user. Jon Broome Architects produced three options for ten homes on the site and the group decided on a cul-de-sac arrangement with private front and back gardens.

Circle 33’s Project Managers negotiated a design and build contract with Kind & Co, a local contractor who built the infrastructure and conventional prefabricated timber-framed brick-clad shells for the two-storey houses. Waltham Forest College provided training in basic construction for the self-builders as well as tutors and apprentices to work on site. It took two years for all the planning applications, plans, transport studies, local consultations, designs and contracts to be agreed before they started on site in November 2014.