Initiated by the local community, 11 new homes will be built on a garage site in Sydenham and existing residents will be involved in the process. The homes will be genuinely affordable and protected in perpetuity.

How they formed
Lewisham Citizens, part of the Citizens UK charity, held an assembly with 400 people before the local elections in 2014 and persuaded the then Mayor of Lewisham, Sir Steve Bullock, to work with local people to deliver Community Land Trust homes in the borough. After extensive community site walks and a local membership drive, Lewisham Citizens brought in London CLT to discuss specific potential sites with the Council. They also engaged with residents and neighbours, and gradually built up a Residents Steering Committee to help with the plans.

Site
Having considered a report to Mayor and Cabinet in 2016, the council agreed that a small area to the rear of the Brasted Close estate should be declared surplus to the Council’s requirements and that officers work with London CLT for a period of twelve months to develop a fully affordable housing scheme for the site. Out of the 17 garages on the site, only 4 were let to residents of the estate. The Council wrote to all garage tenants advising them of the proposal and informing them of other garage locations. Given the proximity of the site to secure tenants, the council also carried out a statutory S105 consultation about the potential sale of the site to build new homes. In addition to the statutory consultation, officers also wrote to leaseholders on the estate. There was only one respondent expressed concern which the designs seek to address.

Affordability
Community Land Trusts (CLTs) are a way of providing genuinely and permanently affordable new homes either for rent or low-cost ownership. They can be used to address the growing gap between people who qualify for social housing and people who can afford to buy their own home.

The CLT homes at Brasted Close will be for sale, priced according to local earnings, ensuring that local people are able to live in the local area. ‘Local earnings’ are taken as the average of median incomes using data published by the Office for National Statistics. Based on 2016 figures, the estimated price of a CLT home is around 40-50% of the full market value in the area. Although the scheme is receiving some grant funding from the GLA, these values are primarily achieved because the land value is effectively locked in to the trust in perpetuity through resale price covenants in individual leases, and governance mechanisms to ensure these are not varied.

Design
Lewisham Citizens held open meetings in late summer 2016 to discuss aspirations and fears about the scheme and to set the criteria for selecting architects. Several architects presented to residents at a ‘pick the architect’ event in September 2016. Residents chose Archio as their preferred architects. Archio spoke to residents on site to begin the design process. Approximately 30 residents and 48 students and staff from the neighbouring school attended. The community engagement has allowed Archio to develop a scheme addressing the key concerns raised by residents around pedestrian access, overlooking, height, privacy and parking. Planning permission for Brasted Close was granted in April 2019.

Who will live there
It is anticipated that the homes will be very popular. There is a clear allocations policy and process developed with the council focused around: 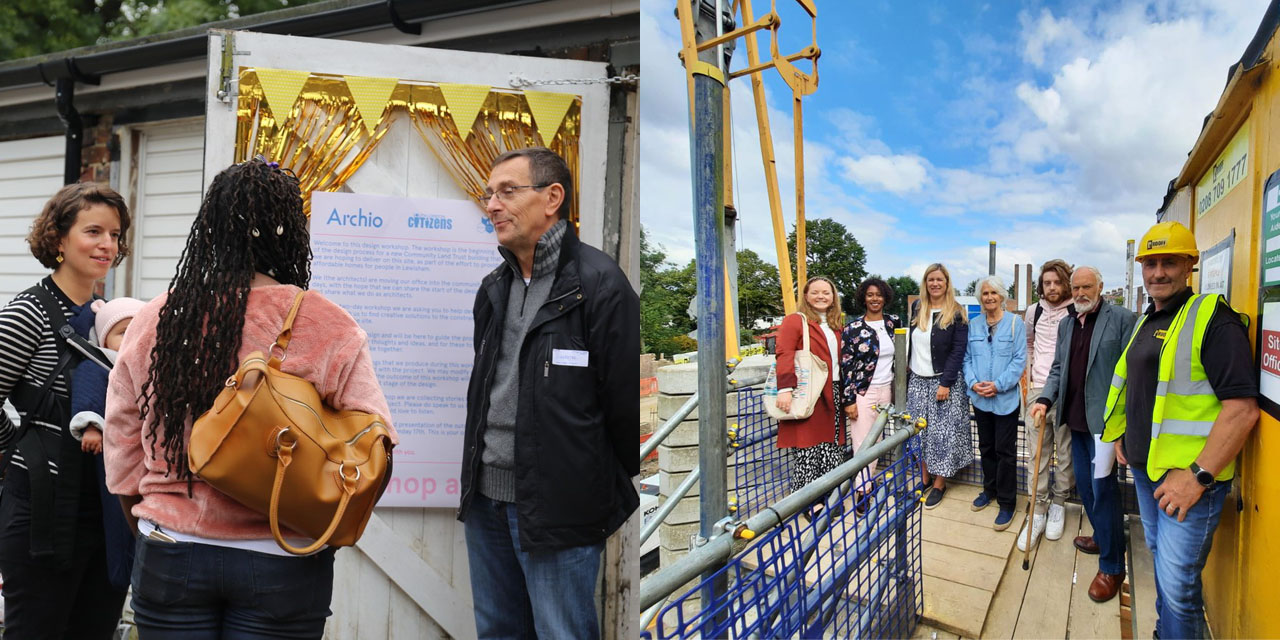