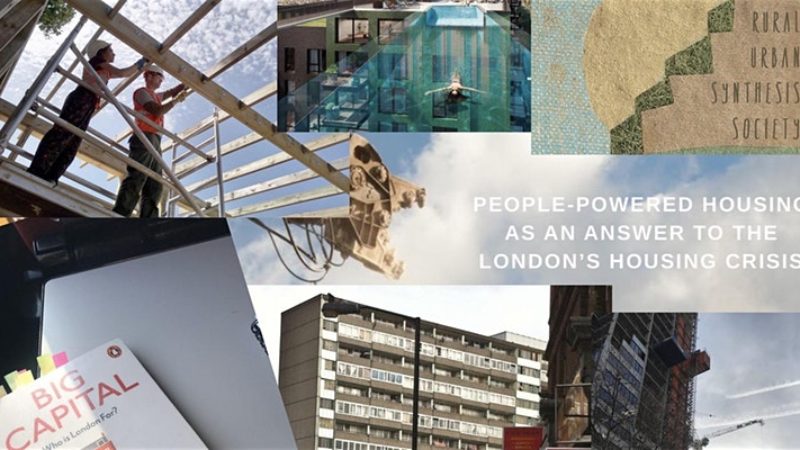 How can we change it so that housing becomes about people rather than profit? Community Land Trusts all over the UK are fighting rapid gentrification by putting housing in community ownership, with homes sold or rented at a rate linked to local wages and membership open to anyone with a connection to the area. It’s a radical model that effectively takes housing out of the property market and pegs it to the labour market instead.

Join RUSS for the first Housing Meeting of 2020 held at the newly self-built RUSS Community Hub in Ladywell, Lewisham.

Invited speakers include:
Anna Minton – writer, journalist and Reader in Architecture at the University of East London. She is an author of wildly acclaimed Ground Control (2009) and Big Capital: Who is London for?

Anthony Comber-Badu – freelance photographer, filmmaker and producer working in Accra and London. Activist and member of the Aylesbury Leaseholders Action Group, he was recently involved in the production of the original VR documentary Common Ground.

Anurag Verma – Chair of RUSS Board of Trustees. Anurag studied architecture in India and worked in Germany before moving to London for further study. He lives locally and is an associate director at Latitude Architects.